Shantanu Bhamare is a Project Management Professional (PMP) certified from Project Management Institute (PMI) USA . He is a Bachelor Of Engineering in Computers from Pune. He has also done Post Graduate Diploma In Advanced Computing from CDAC, Pune, Mobile Computing from the Indian Institute of Technology (IIT), Bombay & Master Of Business Administration (MBA) in IT & Finance.

He is currently working with IBM as a Deputy General Manager as well as Former Vice President of PMI Pune Chapter & Founder and President of Giants Group Of Pune Metro (a social group affliated to Giants International, which is launched in Bombay in 1972. An Active and Social Service Oriented group under the leadership of Padmashri Nana Chudasama. Nana was the only one who was sheriff in the Mumbai for 2 years in a row).

PMI Leadership Experience:·         He has played most significant role in PMI Pune chapter’s growth. His leadership style is unique. He coined the term “On Target” that’s really keeping chapter on the target using goal setting method. PMI Pune chapter is becoming more and more active under his strong leadership and guidance.

·         He proactively became part of Asia’s strategic team which was formed by our component mentor of Region 9, Asia Mr. Saji Madapat Asia to fine tune vision, mission and path forward of PMI.

Apart from PMI, he is also great social worker; he is a Founder & President of Giants Group Of Pune Metro. This group is affiliated to Giants International which is launched in Bombay in 1972. An Active and Social Service Oriented group under the leadership of  Padmashri Nana Chudasama. Nana was the only one who was sheriff in the Mumbai for 2 years in a row. For more info visit www.giantspunemetro.org

Honors and Awards:
Speaking Experience:LIM’ offer face-to-face opportunities to connect with and learn from fellow volunteer leaders. Designed to inspire and support you as you advance your skills, global leaders collaborate in productive, curriculum-driven educational sessions, Hear the latest news and information about PMI’s global initiatives & Engage with PMI staff.

The Congress provides you with the most current information, the latest tools and the most updated resources to increase your knowledge build your skills and get ahead. All PMI Global Congresses have a broader focus than just industry-related topics, and they incorporate a variety of presentation formats to address different learning styles of attendees.

-   Interviewed by Mid-Day Newspaper on concept of “Finishing Schools” and how to make students more deployable in the Industry.

-   Interviewed by Times Of India's Pune Mirror on Discrimination at work place.

- Interviewed by Sakal Times on expectation from Maharashtra on Power Sector 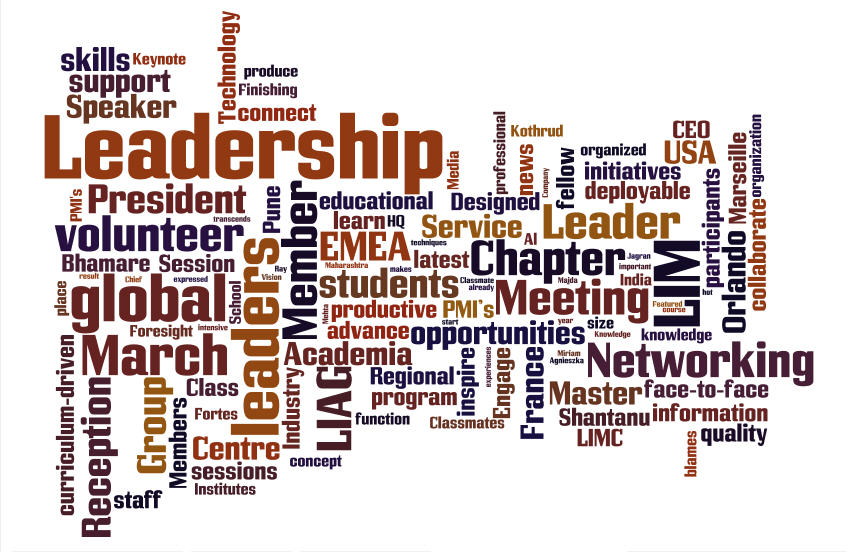